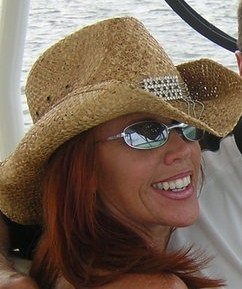 Sharon has been involved in the entertainment industry since 1994 where she began as a model/actress in the Atlanta area and after moving to Los Angeles in 2004 began working for a Talent agency there. She absolutely fell in love with the whole process of representing actors and in April 2007 purchased a small boutique agency in North Hollywood, California, Actors LA. Having once been a struggling actress herself, she knew how hard it was for some actors to even have the slightest chance to make their dreams come true and found satisfaction and excitement every time she got her clients an audition and even more so when they booked a role. Sharon has made the permanent move back to her roots in Georgia and is now proud to be re-opening Actors LA here in the Atlanta area. “Nothing is more rewarding than seeing the smiles on the faces of the clients that I represent when they book something or receiving a very heartfelt thank you note from someone that I have helped make their dream come true”. Sharon is known for her dedication to her actors and making herself readily available to them and to Casting Directors as well. “Communication is key” and “Age is just a number” are two of her favorite mottoes.

Prior to her involvement in the entertainment industry, Sharon spent over 20 years working in the Medical field on the Administrative side.